A bicycle, or a bicycle (abbreviation of the word velocipede), is a human-powered land vehicle falling into the category of cycles and composed of two in-line wheels, which give it its name. The driving force is provided by its driver (called a “cyclist”), most often in a seated position, by means of two pedals driving the rear wheel by a roller chain.
The front wheel is steerable and ensures balance. Its orientation is controlled by a handlebar. The cyclist often has both hands in contact with the handlebars in order to control the trajectory, the braking as well as the change of gears.
The bicycle is one of the main means of transportation in many parts of the world. Its energy efficiency is particularly high. Its practice, cycling, is at the same time a daily use of transport, a popular leisure activity and a sport. 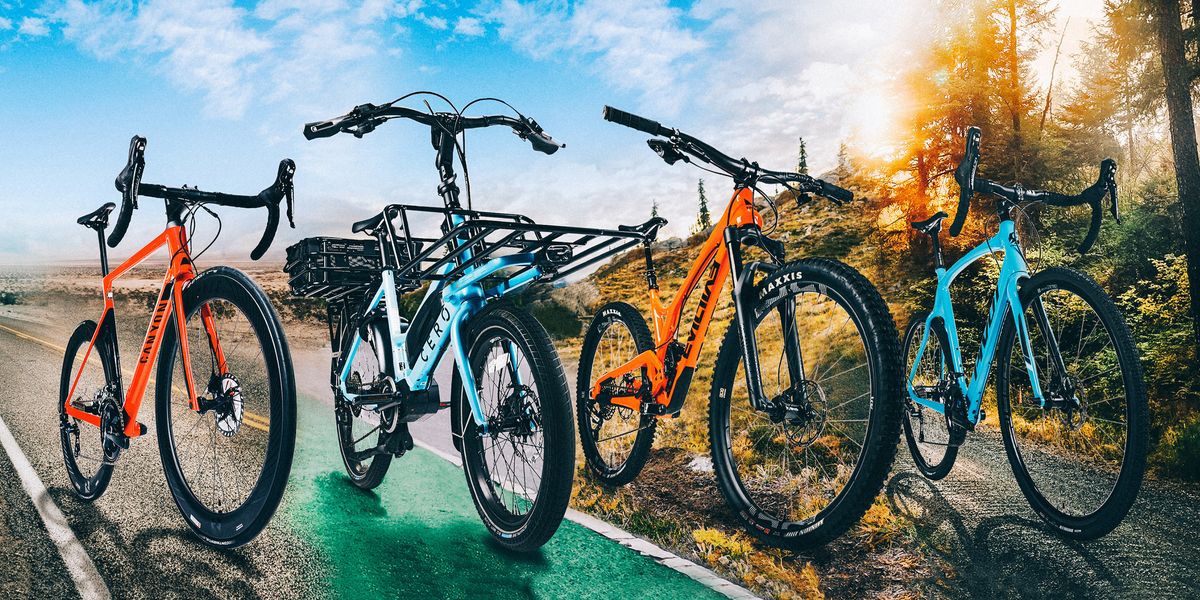 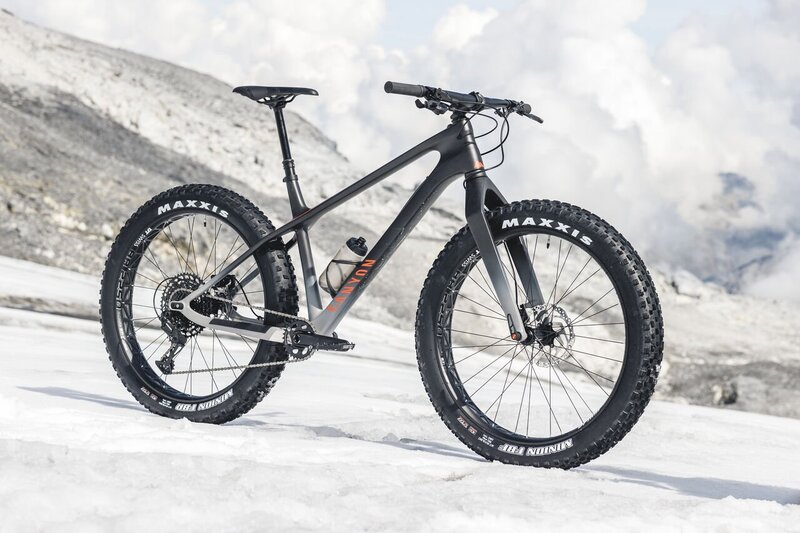 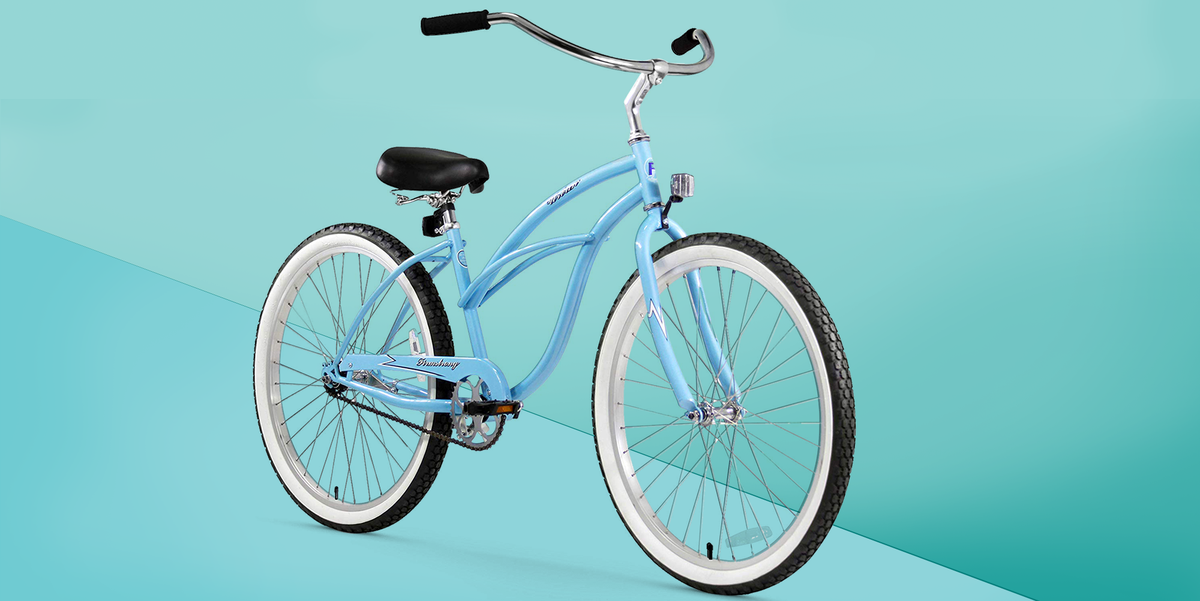 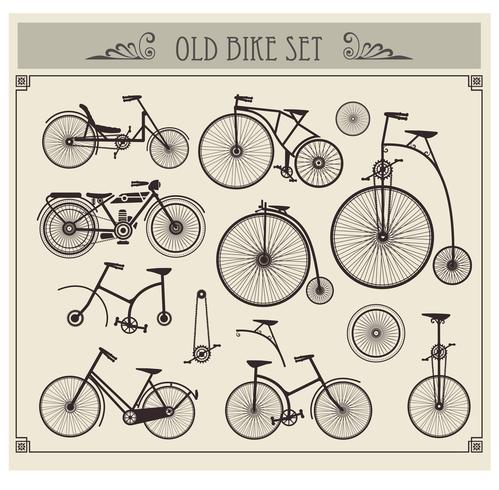 In 1817, the German baron Karl Drais von Sauerbronn invented his Laufmaschine or “running machine” which was presented in Paris on April 5, 1818 (French import patent filed by Louis-Joseph Dineur in the name of Baron Drais on February 17, 1818: under the name of a “Machine known as a velocipede.”) 1.

The balance bike (version 1817) has two in-line wheels, connected to a wooden frame by forks, the front wheel being able to pivot sideways, and it is equipped with a rudimentary shoe brake on the rear wheel. This machine has had some success, in particular in France and then in the United Kingdom. In this country, he will be called "hobby-horse".

The first attested visual design of a bicycle-type two-wheeler is due to Alexandre Mercier. It appears in his patent of May 8, 1843. The pedaling is alternative, like the Lévoyclettes Terrot of the 1910s. It is also the first convincing example of sustained balance on two wheels, while on the balance bike, the equilibrium is only temporary. In his patent, Mercier says he tried his machine successfully in Amiens, but this is not proven.

If the balance bike is part of the prehistory of the bicycle, the real story begins in France with pedal velocipeds during the 1860s. It was around 1867 that the first pedal velocipeds from the houses of Sargent, Michaux, Vincent, etc. were marketed. ., with real popular success. Pierre Michaux, a Parisian locksmith in a custom car, is said to have invented the pedal velocipede in 1855. The precise date of the invention and the identity of the inventor are however much debated. In 1893, during a controversy with the brothers André and Aimé Olivier, former partners who have always denied Michaux's role in the invention, Henry Michaux, son of Pierre Michaux, admits that it would be his brother Ernest who would have had the idea of ​​the pedals, and that the invention would in fact date from 18612. This date is however questioned by certain historians, who give 1864 as a more plausible date, and also cast doubts on the paternity of the invention of the family Michaux3. It is true that we have no proof to date. At the same time, another Frenchman, Pierre Lallement, claimed to have invented and experimented with a pedal system in 1862, and in 1866 obtained an American patent for a machine he called “bicycle” 4. About ten other inventors claim this invention. The most plausible today, although also without proof, is Georges Radisson.

Pierre Michaux only filed in 1868 a patent for his invention, which he called “pedivelle” (French patent no. 80637 filed April 24, 1868: “Perfectionnement dans la construction des vélocipèdes.”), To which he also added a brake. From the fall of 1867, the velocipede was enormously successful in France, and the first velocipede races, clubs and newspapers appeared.

Pierre Lallement emigrated to the United States in 1865 without having been able to find financial support in Paris for his machine, and obtained the world's first patent on the pedal velocipede in November 1866. He succeeded in selling his patent to a New Yorker, Calvin Witty, who will be the first to manufacture two-wheelers in the United States (only one of these velocipeds seems to have survived) and returns to France in 18685. At the end of that year, Witty selling his license to other manufacturers , success also occurs in the United States. Some nicknamed the machine boneshaker ("bone shaker"), because of the design of the wheels, made of wood, rimmed with iron. The first hard rubber wheel linings appeared in 1869 and significantly improved the comfort of the machine.
In 1869, Charles Desnos filed a patent on the improvement of the velocipede which fixed certain characteristics still present in modern bicycles, in particular the rear driving wheel and the multiplier transmission by belt or chain7.

After the war of 1870, the improvement of velocipeds continued especially in England. The front wheel gets bigger while the rear wheel gets smaller. The first grand-bi, called Ordinary, appeared in 1872. This type of bicycle was extremely popular with the bourgeoisie, who alone had the means to afford it. In England, it is nicknamed penny farthing (after the respective size of these two coins, by analogy with the wheels). In France, it is used ostentatiously by the bourgeoisie (example: culture of pleasure and elegance in the Bois de Boulogne) 8.

The first bicycle patent was filed in 1871 by Viarengo de Forville, an Italian living in France9. In his French patent of September 30, 1871, photos of a man's and a woman's bicycle are attached.

In 1884 John Kemp Starley of The Coventry Sewing Machine Company, which later became Rover, invented the “safety bicycle” with reasonably sized wheels and chain drive. . The cyclist is installed there at the rear, which makes it almost impossible to fall like a “sun” where the cyclist is catapulted over the front wheel10. A larger gear at the front (the chainring) than at the rear (the pinion) turns the rear wheel faster than the pedals turn, allowing this type of machine to go fast even without a giant wheel.

In 1886, Peugeot marketed its first bicycles. In 1885, the Bordelais Juzan built a few as well, with a more modern design than the English ones.

In 1888, John Boyd Dunlop invented the tire (French patent No. 193281 filed by John Boyd Dunlop on October 1, 1888: “Rim lining applicable to vehicle wheels.”), Which further improved the comfort of the cyclist. Édouard Michelin perfected this invention by filing in 1891 a patent for a “removable tire”, the inner tube.

Safety bicycles from 1890 already look a lot like bicycles today. They have tires comparable in size to a modern bicycle, wire wheels, a tubular steel frame and chain drive. The only thing they lack is the gear change.

In the 1890s, this new model of bicycle broadened the target of potential users. In addition, in connection with the second industrial revolution, bicycles became an industrial product (in France, the major brands were then Peugeot in the Doubs, Manufrance in Saint-Étienne, Mercier in the Loire), reducing their price to a point that makes them affordable to workers. This leads to a “bicycle madness” 11, which is at the origin of an important social evolution (passage from the leisure bicycle to the utility bicycle).

From this period, the bicycle is essential as a means of discovering the world. As the world tour fashion developed, the first cycling tour took place between 1891 and 189412. The first woman to achieve this solo feat was Annie Cohen Kopchovsky, known as Annie Londonderry, on a branded male model bicycle. Sterling, in fifteen months13.
​In this regard, the development of the bicycle has allowed the progress of the emancipation of women, even if access to the bicycle for the latter has been strewn with pitfalls. The feminist Susan B. Anthony declared in 1896 that the device had accomplished more for this liberation than anything else in the world. Despite Annie Londonderry's round-the-world cycle tour in 1895, some doctors and moralists persisted in claiming that the bicycle posed a threat to the physical and mental health of women. In addition, it would encourage shamelessness and exhibitionism15. For example, it was thought that riding a saddle and moving in this position could lead women to develop masturbatory practices, which were absolutely immoral at the time. In fact, nineteenth-century women's clothing was absolutely not suitable for sports, the wearing of trousers being reserved for men16. The women then fought to wear the bloomer, a kind of feminine shorts, in order to be able to practice the bicycle. As early as 1868, some competitions were nevertheless open to women. In a premonitory way, Jacques Mauprat declares in Le Progrès of April 21, 1895: “Yes, the weak woman has proven herself on the bicycle. She achieved very satisfactory performances; and this not only without prejudice to his health […]. This introduction of women into the world of sport is a revelation for her and will almost be the source of a revolution in the mores of society, starting with the costume and ending with the regeneration of many qualities lost by the muscle inactivity. "